project for soul clap. our idea is to show the boys as aliens landing and broadcasting their message as entertainment to the people. thus alluding to the efunk “mothership” homage and transition to the chameleon (reptilian-esque) artwork of the new self-titled album.

we print and cut up a dozen or so color copies of the artwork in various sizes. zey does the drawings by hand for rotoscoping. was a fun couple days 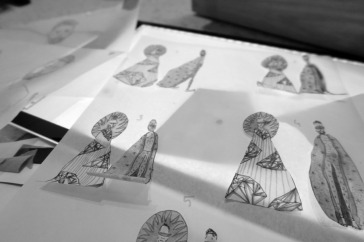 listening to soul clap at sunday school for degenerates (2010)

chicago: shawn’s playing downstairs. jon wants to leave. he’s being a baby and starts walks off towards the cabs. i turn to some girls, “can you believe my friend wants to leave and we just met?” and that’s how i met zey. a couple weeks later we collaborate on this video for soul clap’s new album.