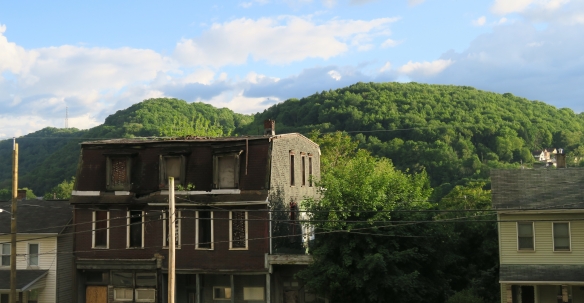 old town johnstown rests on the banks of the conemaugh river. coal, iron, and steel jobs brought workers from central and eastern europe to this spot in the allegheny mountains. today, the mine’s closed and the operating mills are automated; structural skeletons of better days deteriorate on their own tales, in a city center whose masses have long since fled uphill. yet, it exists

the people still here are in it. maybe they own property or a business or it’s the only place they’ve ever known. some of have been here for generations, calling it home long before industry. many of the stories are of prosperity or the current state but these topics may be because i’m not chatting about the penguins, who are in the playoffs. while taking pictures of the old turnstiles at the entrance to a mill, a guy with long white hair asks me why i’m “doin’ that… ain’t nothin there”. it isn’t so much a question as the type of thing someone yells at another as they’re walking into a bar (he is). he used to work at the mill but now there “ain’t no jobs”. i asked why he stays, “too old to leave” – he couldn’t have been 55. this is this

1889 – south fork dam and reservoir is fourteen miles upstream from johnstown. recently renamed “lake conemaugh” it is the highlight of the south fork fishing and hunting club; an elusive and exclusive getaway for robber barons like andrew carnegie, andrew mellon, and henry clay frick. discharge pipes which allow the release of excess water have been removed without the aid of engineers and the spillway is covered with fish screen (it was a recreational lake after all). on the 31st of may the dam fails. the flood and resulting fire takes the lives of 2,209 people, a third of whom are never identified. today there’s a national memorial on the old club property with a tree suspended in the air next to a man without shoes. visitors can relive the johnstown flood of 1889 with led lights and a short a film.

the city blossomed after the flood, bigger than it had ever been. the event became part of the lore, part of what differentiates johnstown from all the other coal and steel towns in the rust belt. the cause and symbolism of the flood are decidedly timeless

as an episodic transient, it’s difficult to understand why people stay in places that no longer serve them, but when i travel i most often visit where people do. would i even be there for more than a photo if it were a ghost town? i enjoyed johnstown, the company was warm, the inclined plane the biggest, AND it’s where they shot the 1977 classic, slap shot! 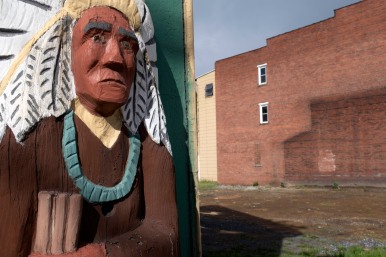 in the window of a shop 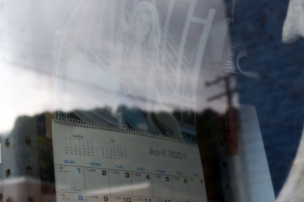 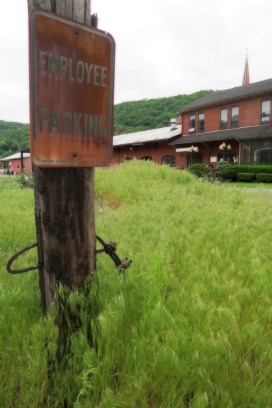 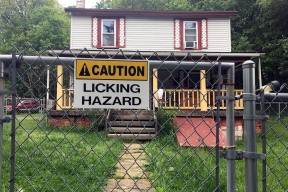 tree and man w/o shoes

updates
JUNE2017: a week after my visit the penguins win the stanley cup
JUNE2018: pennsylvania grants permit to grow medical marijuana at the old bethlehem steel corporation machine shop (where some of these photos were taken)