tucumcari, new mexico. population 6,000. located two hours west of amarillo. the city’s strip of route 66 is relatively unchanged since the heyday, it’s free of the chains and big box stores and although a building (or ten) have fallen into disrepair, they add to the charm of the place because we like that kind of decay…

citizens of the world travel vast distances to photograph and experience our the mother road, our empire of vintage. and we, as the self-aware, appreciate Americana. often these places were built with care in the efficiency of yesterday when it was looking to tomorrow.

urban decay tourism might become a ten thousand dollar-a-year industry if a travel agent reading this prints some brochures that hail the slums of detroit as the “the ephesus of the industrial world”. but with the knock down of every overgrown drive-in that hasn’t shown a double feature since the 70’s, we move a little closer to tomorrow’s waste-empire of deserted big box shopping centers, that no desirable tourist will ever care about… aka the kind of decay we don’t like 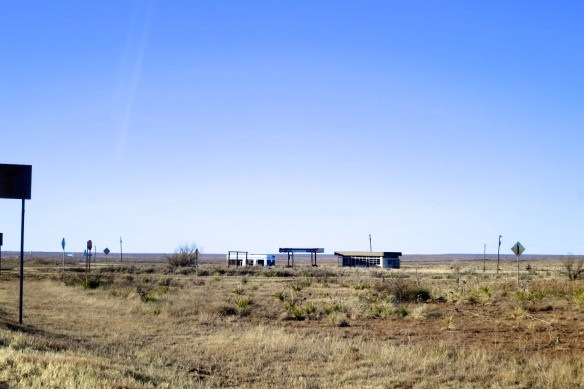 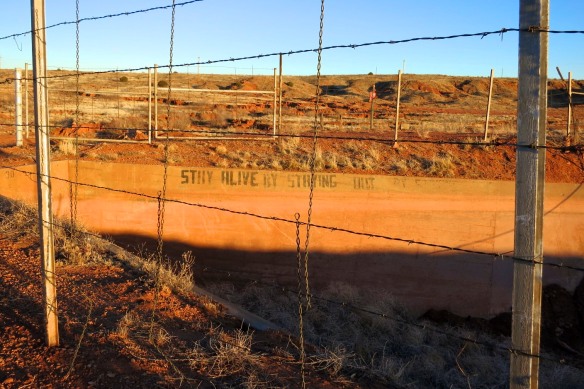 the interstate passed tucumcari just south of town so their strip of route 66 is free of all things new and boxy: it’s a time warp 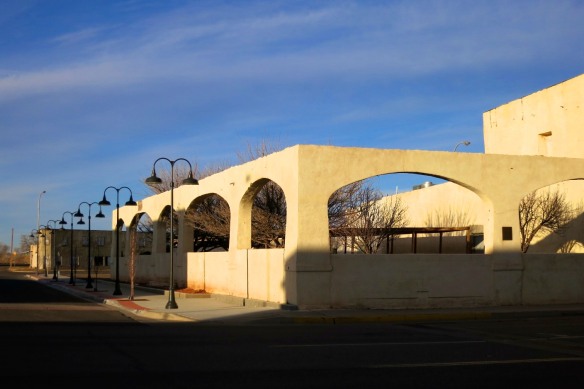 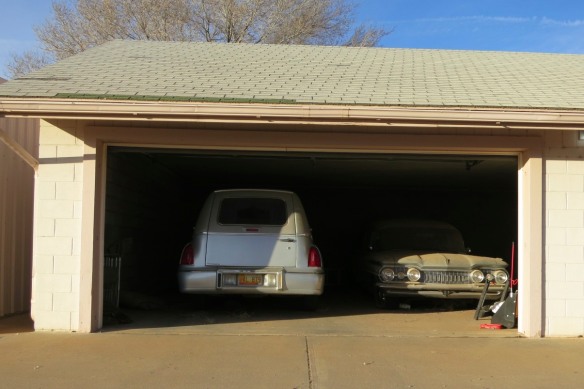 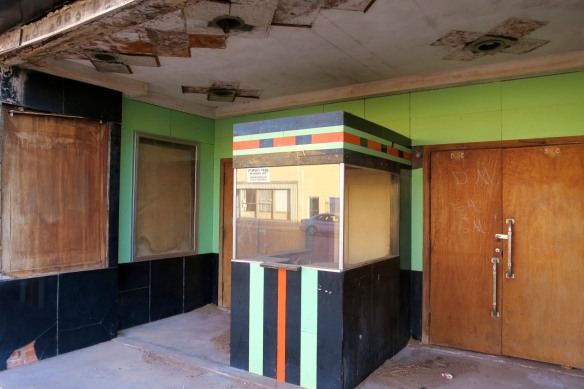 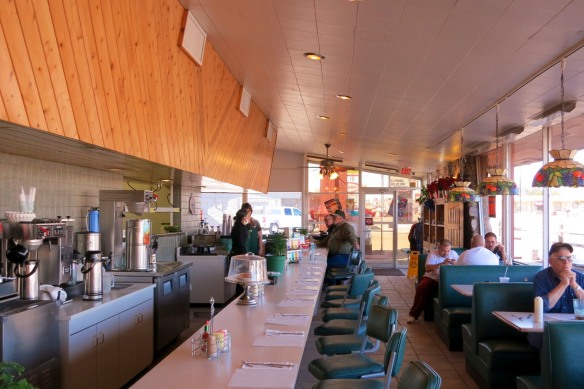 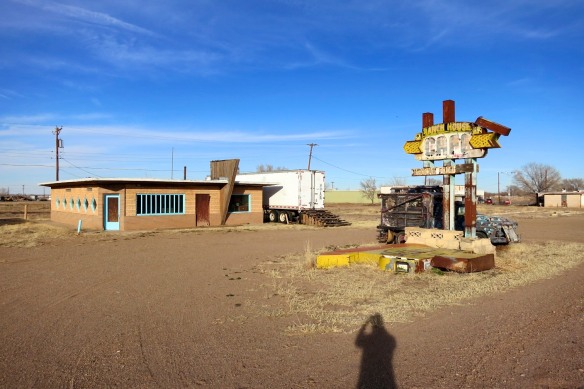 there’s a quintessential scene 1971’s Two-Lane Blacktop where The Driver (james taylor) and The Mechanic challenge G.T.O to a cross-country race: their small block ’55 chevy to his shiny 1970 gto. it was filmed at a gas station right outside of town. 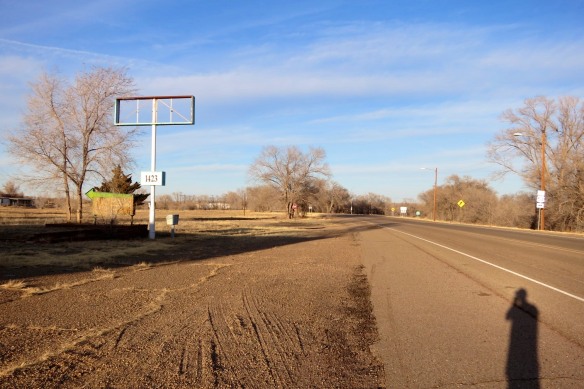 above: me. right outside of town.

i’ve been encountering two kinds of motel owner/operators in my travels. those with the awareness Americana and their establishment’s place in it and those who own a motel. i’ve been staying at the latters because no one else does and i can make all the noise i want 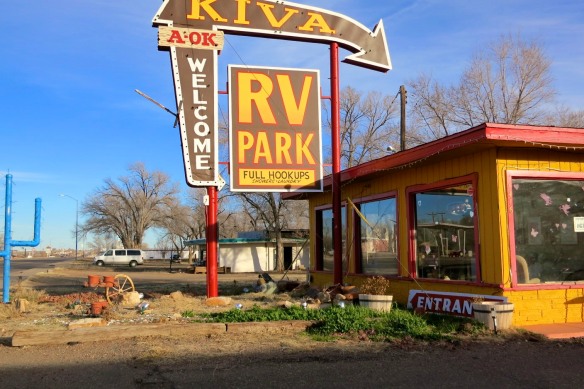 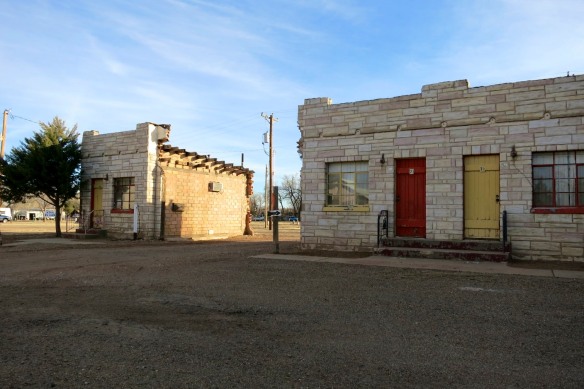 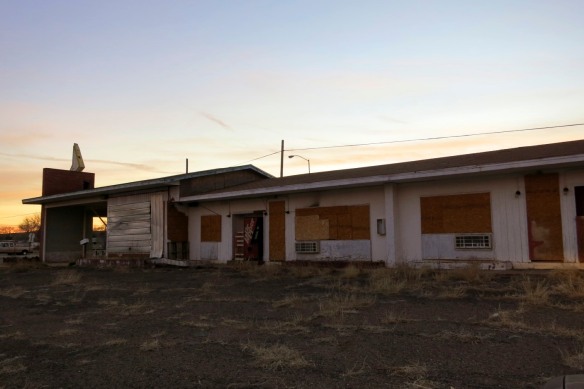 this is gary; he runs the trading post. rooster (right) works at the shop. they just unloaded a gravity gas pump that they’ll spend the next couple days restoring. that’s a big gun on gary’s hip. there are no recordings of the conversation.

it was five or six pm. he opened the shop up for photos and we hung out till it was dark talking about everything. he’s one of the aware and as a collector who knows other collectors is one of the city leaders trying to bring the official route 66 museum to tucumcari. they need to build a ten-thousand square foot building. gary’s really smart. i could wear all the tank tops and chew all toothpicks in the world to look a little tougher but they won’t help if i’m gonna keep walkin’ like a ninny. “you gotta widen your stance. you walk like a ninny” 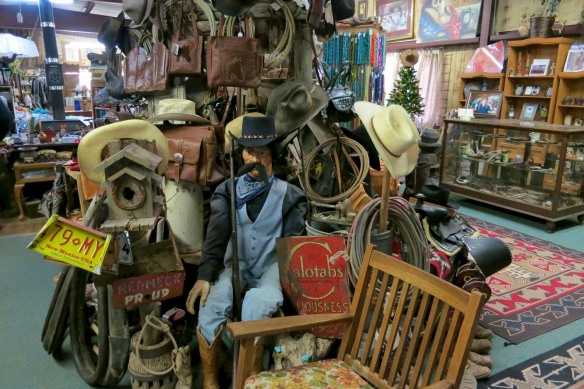 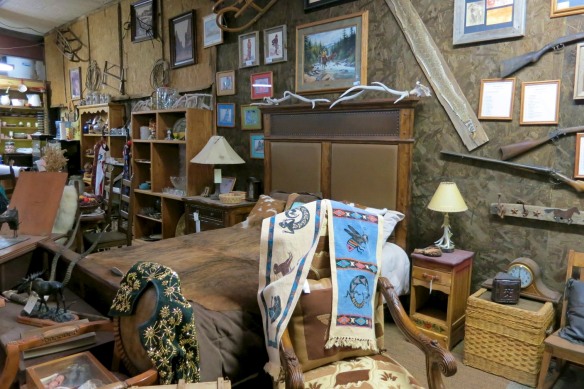 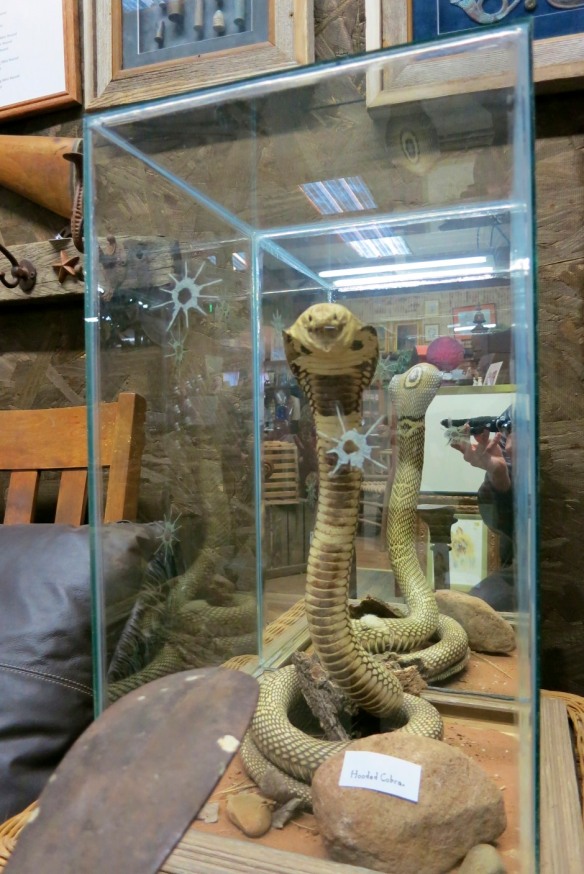 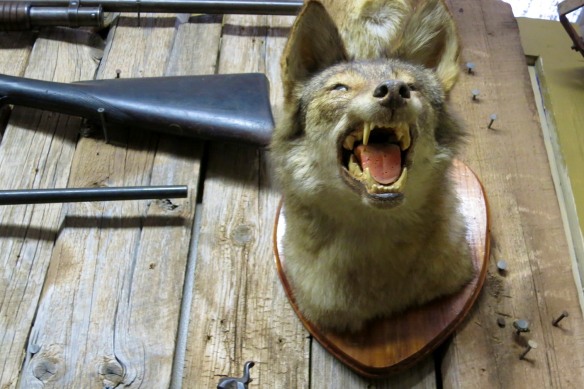 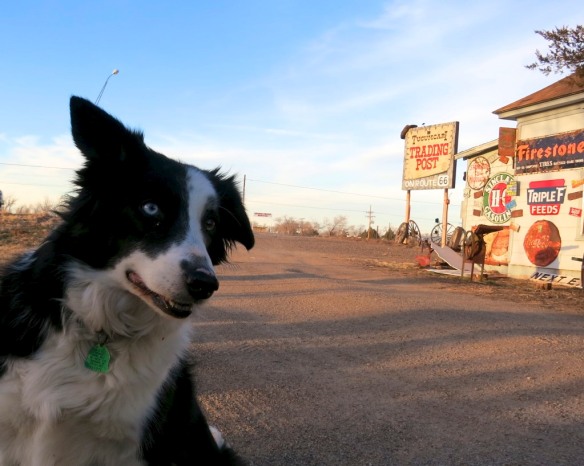 mysti has a hurt paw but she still loves catch the most. she’d come running up to drop the tennis ball then go long for a pass. 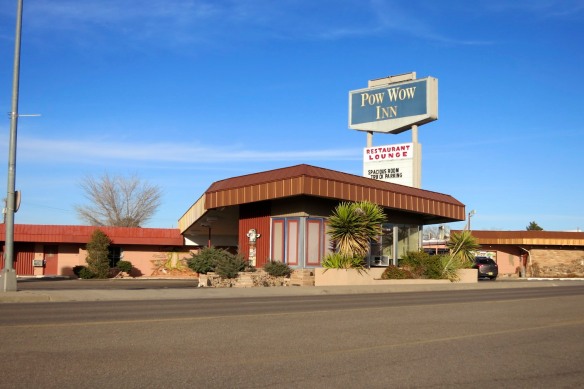 there’s a lot of options for motels but this is where i stayed: the pow wow inn. a chinese couple own it. they own a motel. he was out of town so she worked from open to close everyday. the beds were uncomfortable and the heat sucked but the huge room cost two and a half shrimp cocktails a night, they didn’t care about my music or my plundering the complimentary craisens 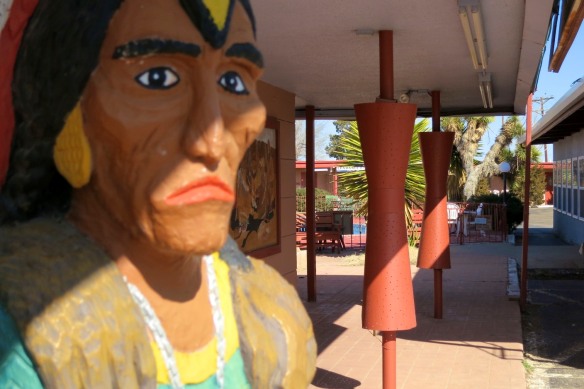 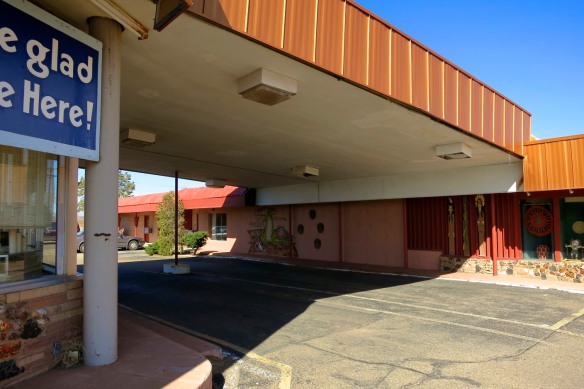 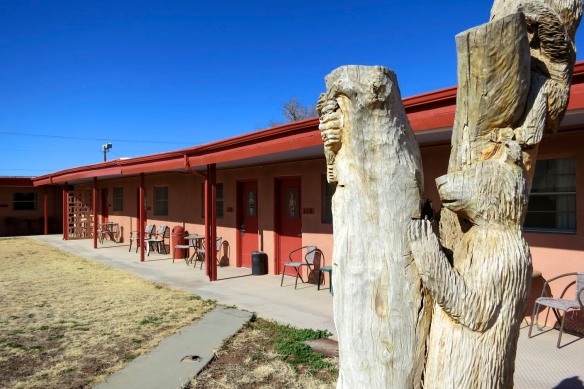 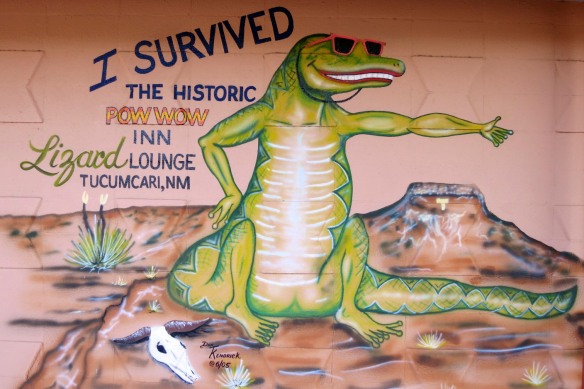 i hope this blog turns into an old shopping center. maybe i’ll have some new super-blog where people don’t ask me what IRL means and the banner will be a picture of a pretty fountain instead of some blurry photo i took of my shadow the night before i left. i’ll only walk with wide-stances and nail the auto-timer jump shot (below) every.single.time. 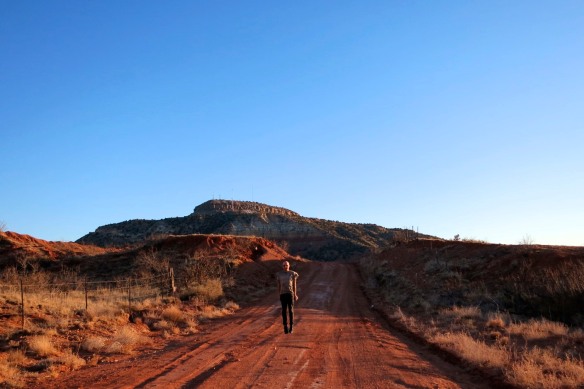 listening to: the stone roses’ your star will shine (1994)